I sail the seas of life as the master of my ship.


I sail the seas of life as the master of my ship. - Jonathan Lockwood Huie 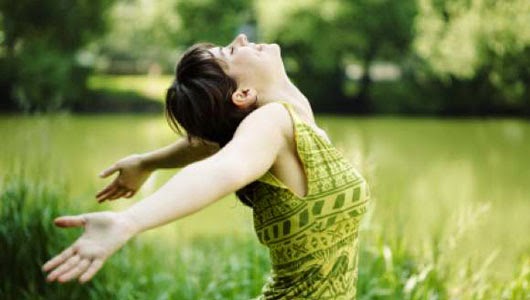 Posted by Adonis Ellinas at 10:39 No comments:

WHAT MATTERS MOST IS HOW YOU SEE YOURSELF

Posted by Adonis Ellinas at 22:14 No comments:

Do Mind and Body exist as separate Entities?

A holistic approach believes that the mind and body do not exist as separate entities. Each one has a powerful influence on the other and one cannot exist without the other. Mind-body medicine is gaining ground and even some medical practitioners are realizing the limitations of taking a telescopic view of the human condition.
How do we relate this to weight loss? Obesity is as much a state of mind as it is a physical state. I do not mean it is imagined or that you can simply wish it away. It means getting in touch with your inner self and connecting with every aspect of yourself, both conscious and unconscious.
It means relating to yourself intimately and discovering your basic beliefs and assumptions about yourself and the world in general; examining your world view and finding out how you perceive yourself in relation to other people, to your environment and to life’s circumstances. More than what you really are, being overweight or obese is about who you think you are.
(This is a selection from the book ‘FEEL GREAT, LOSE WEIGHT’ by Andreas Moritz) 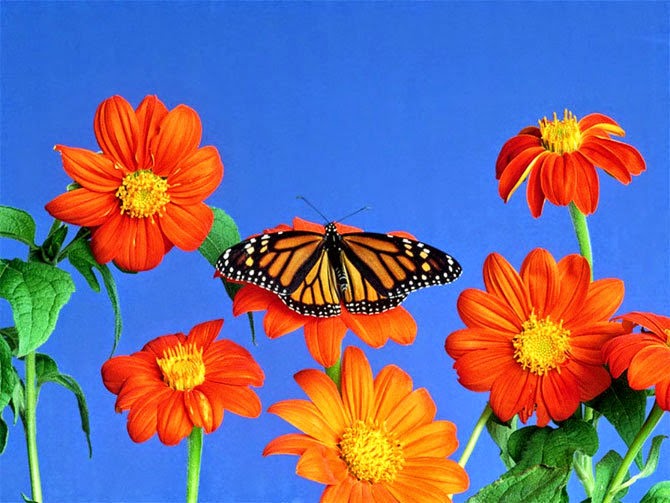 Posted by Adonis Ellinas at 16:25 No comments:

WHERE DO EMOTIONS GET TRAPPED?


People often ask me why an emotion gets trapped in one area of the body and not another. I often find that trapped emotions lodge in an area that’s vulnerable because of a genetic susceptibility, an injury or nutritional deficiency that weakens or imbalances the energy of the body in that area.
Sometimes there’s a metaphor at work as well. This makes sense when you realize that our subconscious minds govern our bodies and our dreams.
Symbols and metaphors are the language of the subconscious mind, so it’s very natural for trapped emotions to lodge in an area that has symbolic significance.
For example, let’s say you’re experiencing grief for a friend who has had a miscarriage. Instead of experiencing the emotion and leaving it behind, the emotion becomes trapped. It wouldn’t be surprising for that trapped emotion to lodge in your womb or breast – the nourishing organs of creation. Or suppose you’re experiencing one of those difficult periods in life where a series of things seem to go wrong. You feel frustrated and overwhelmed, as if you’re carrying the weight of the world on your shoulders. In that case, a trapped emotion may lodge in one of your shoulders. The reality is that any emotion can get stuck anywhere in the body.
- Dr. Brad :-) 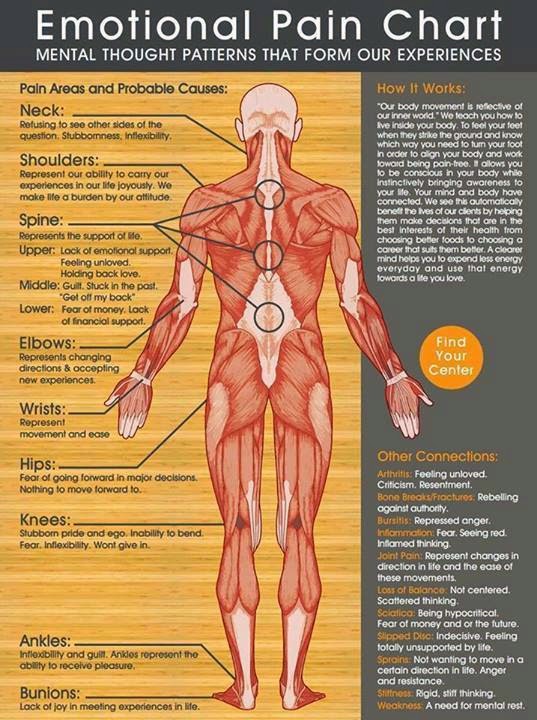 Posted by Adonis Ellinas at 00:26 No comments:

WHY DO THEY CALL IT ALTERNATIVE MEDICINE?

Posted by Adonis Ellinas at 17:42 No comments:

WOULD YOU EVER INVITE A THIEF INTO YOUR HOUSE?

Posted by Adonis Ellinas at 16:10 No comments:

SAY TO YOURSELF EVERY MORNING

Posted by Adonis Ellinas at 16:08 No comments:

FAILURE IS A PART OF SUCCESS

Posted by Adonis Ellinas at 15:58 No comments:

Email ThisBlogThis!Share to TwitterShare to FacebookShare to Pinterest
Labels: SUCCESS

LIFE AFTER THE BODY CODE

The detailed process of working with a Body Code client is like peeling away the layers of a metaphorical onion, or unbinding a huge rubber band ball. For me it takes concentration and investigative strategy. It takes intuition and familiarity with the technology, grounded by a deep, heart-felt desire to be a beneficial and healing channel. As my practice unfolds I am witnessing again and again that the subtle changes that often occur during this “peeling away” process can create not-so-subtle long-term and permanent positive change for many of my clients. For example, Lin F. is a woman who volunteered to undergo BC treatment during my certification process. Hearing about it through some networking I was doing, she sought me out, desperate to find relief for some major conditions which had not responded to other kinds of therapies. Lin arrived in my office extremely ill, her physical body breaking down and her cognitive functioning impaired by a past brain injury. She was using a walker to get around and had been recently admitted to the hospital for testing and observation in an attempt to identify some mysterious neurological issues including sudden on-set weakness throughout her body. While serious, life-threatening illness was ruled out by her physicians, her body had continued to suffer from bouts of weakness and the added long-term effects of nutrient malabsorption. Coupled with the emotional despair that hangs like a black cloud over so many people struggling with chronic health issues, Lin was giving up on life and seriously depressed. Both of us eager to get started, we set out with the intention to join together for her highest good, however that might unfold.I have worked with clients who choose to either actively participate in the BC session, or give me permission to access and proxy them at any time without their presence. Both approaches have their advantages. In the case of Lin, after several sessions she authorized me to work on her at my convenience without her conscious participation. Reviewing the reports later generated by these “in absentia” sessions gave her further confidence and comfort in the process as the reports proved to be, in her words, “100% spot on.” Together we unveiled the registry of past trauma that had created her condition. Interestingly, with Lin as well as several other clients, the results seemed to consistently prove accurate whether proxy was by appointment or not.After completing the introductory volunteer sessions and subsequent fifteen contracted sessions, eight months later Lin is a different woman. The walker was discarded months ago. Awake by 5:30 a.m. she hikes several miles at a time and is making progress in a weekly yoga class. Activities that seemed daunting are now being embraced with optimism and a new sense of confidence. Lin recently shared with me some of the other byproducts of her new-found health and well-being:“The Body Code treatments I have had with Suz have had a subtle but very big impact on my life. Not only are there obvious and huge physical improvements, but my relationships with my family and friends have improved as well! In the past I had no vision for my future – I was ready to give up and was actually updating my will and ‘getting my affairs in order.’ I had an underlying belief that I didn’t deserve to be here, and that I could be of no benefit to anyone. But I found that as I let go and surrendered to the Body Code sessions my body began to heal. A sense of calmness and serenity began to emerge that I hadn’t felt before. I now feel more energized, centered and able to cope and find solutions for challenges which in the past would have immobilized me. The Body Code has given me my life back.”Another interesting emotional element surfaced during Lin’s treatment. She reported a sense of liberation at knowing that throughout the process she consciously surrendered to it and its findings without shame, hiding, blame or excuses. Likening it to “allowing someone you don’t know well to be in your house when you’re not home , and looking under the bed for dust balls and into the closets for skeletons”, she released her fear of the unknown within by totally trusting the process. She now no longer fears or suppresses difficult or sad memories as they arise – she acknowledges them and then allows the energy of the emotion to be released. It seems that the physical and psychic clearing that the Body Code creates may have the ability to make room for people to bravely face and process life’s challenges on their own in a spacious, new-found way. In Lin’s words, Body Code technology allowed her to “completely change and neutralize body trauma, false core beliefs and suppressed emotions that had been fostered by many unconscious influences and genetic and generational inheritances that were holding me back ̶ and that’s true freedom!” I am so grateful to have been able to assist Lin as well as my other clients in the beautiful and sometimes challenging process of “getting their life back”, to dig together to the core of the metaphorical onion and access this profound sense of personal liberation. The joy of it alone is its own reward.
Posted by Adonis Ellinas at 10:33 No comments:

Posted by Adonis Ellinas at 11:48 No comments:

I LIVE MY LIFE

Posted by Adonis Ellinas at 10:04 No comments:

WISDOM FROM A SHAMANIC MEDICINE PERSON

Posted by Adonis Ellinas at 09:03 No comments:

Posted by Adonis Ellinas at 18:21 No comments:

ENERGIES TRAPPED WITHIN YOU

Posted by Adonis Ellinas at 15:14 No comments:

Bronson was a 7 year old suffering from night terrors. He couldn't sleep in his room at night even though he was with his sibling. His mother would lie with him in bed until he fell asleep, and would then go to her own room. She and her husband kept a small mattress on the floor beside their bed, knowing that when he woke during the night, in fear, he would end up sleeping in their room for the rest of the night. They tried everything to help him feel loved and safe but nothing helped.
I had worked with Bronson and found several trapped emotions. What was revealed in the balance astounded his mother. The trapped emotions identified through muscle testing were shock, terror, horror and fear. When we asked if we needed to know more about them, the answer was yes. We needed to find an age and it was around the age of two. His mom recalled a distressing event that took place just prior to Bronson’s second birthday when he ran out of the driveway and into the highway. It was getting dark and a car was traveling down the road. To avoid hitting the child, the driver swerved around him, and then landed in a ditch. It was a terrifying incident, as she remembered.
One can only imagine how that child felt seeing the headlights of a car coming right at him. Bronson’s mind subconsciously trapped all those emotions, which then came out in the form of night terrors or nightmares and fear of going to sleep. Once the trapped emotions were released, he was able to sleep well every night. They felt it was nothing short of a miracle! - Lorraine LaJoie

Posted by Adonis Ellinas at 15:11 No comments:

GREAT THINGS HAPPEN, WHEN YOU HAVE FAITH

Posted by Adonis Ellinas at 15:05 No comments:

THE EMOTION CODE DOES WONDERS!

Posted by Adonis Ellinas at 15:03 No comments:

ON HOW THE EMOTION CODE CAN HELP YOU

Posted by Adonis Ellinas at 14:58 No comments:

GETTING RID OF YOUR TRAPPED EMOTIONS

Posted by Adonis Ellinas at 14:50 No comments:

Posted by Adonis Ellinas at 14:42 No comments:

Posted by Adonis Ellinas at 01:00 No comments:

Posted by Adonis Ellinas at 00:51 No comments:

20 Pain Cures You Can Find in Your Kitchen

Posted by Adonis Ellinas at 00:09 No comments: