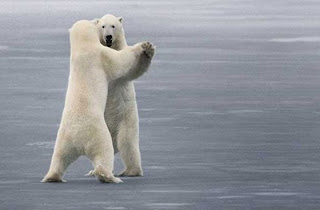 I was asked recently whether there was an explanation why husbands or wives stray. My answer was simple: Relationships may start out romantic, but they also remain utilitarian. Individuals are not loyal to other individuals, they are loyal only to the fulfillment of their own highest values (what is most important to them).

Everyone has a hierarchy of values – priorities –which determines how they perceive, make decisions and act upon the world. These values influence what they like or dislike, are attracted to or repelled by, what opens them up or shuts them down.

These values might be concentrated in a particular part of a person’s life or spread from their mental aspects to vocational, financial, family, social, physical and spiritual.

At the beginning of a relationship, a couple would normally balance each other’s unique values out. So if a woman values security, she will value a mate that brings business, leadership and financial empowerment into her life. If a man values beauty and influence then he would value a mate that brings physical and social power to the relationship.

But as the relationship matures, if one spouse begins sacrificing their highest values for their more empowered partner’s, there will be an imbalance. Where this becomes extreme, the relationship becomes stressed and vulnerable. Whoever has the most power (over-dog) often wants more freedom and may seek out alternative options. Whoever has the least power (under-dog) often wants more constraint and fidelity. Marriage and monogamy to them is generally a higher priority.

Someone who is empowered in most or all areas of their life is successful in their career, will have wealth, will be physically attractive; educated and articulate and generally considered a together person.

On the other hand, the spouse who has become disempowered, who abandoned their own career and financial independence, gave up on their dreams to opt for a dependency role when married; is going to experience an extremely polarized imbalance of empowerment in the marriage.  The ‘over-dog’ will start searching for a new partner or partners to balance out his or her own power levels.  That’s when it is wise for the ‘under-dog’ to stop injecting their partner’s values into their life and look into the mirror.

They need to reclaim a feeling of self-worth and re-magnetize their mate. When they value themselves; so do others. When they offer what is perceived as value, their mates stick around.

When a couple is more equally empowered, maintains and communicates fair exchange and has their values met equally at home, they will be less likely to seek others out of the home. Couples with a balance of overall powers keep each other in homeostatic check. This results in a more stable relationship. They experience only mild oscillations in their relationship dynamic which are not enough to motivate what society calls infidelity. As long as they are getting their values met they are less likely to stray.

So when people stray, it’s not because they are villains. It is because they are individuals with unfulfilled values seeking alternative options to fulfill them. The spouses or partners of these individuals are also not victims of some evil crime. They are simply receiving a wake-up call on how relationships work and how to empower themselves so they can offer greater value.  If a break up does occur this is not the end of the world. It is simply time to look at what the many upsides are and how to start empowering so as to offer more value.